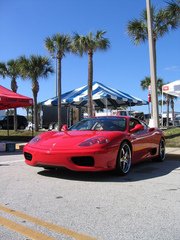 The policies, rules and the laws of the Australia do not make it easy for someone to import the car because this is usually discouraged by the Australian government and this is why it is such a tricky and difficult process but in the cases when you want to import your own car from some other country which has been in your possession for over a year then there are some exceptions and there is a procedure through which you can have the car in the Australia.

Although even when there is a procedure, still it is recommended that you must only have the car imported to the country when either the car is really expensive or it has some emotional value to it. In some cases, people import the cars to the Australia because the local manufactured cars are way expensive and they prefer the cost of the car imports in Australia rather than buying the car here.

What are the ports on which the cars are shipped?

There are famous ports in the Australia which handle the importing of the cars such as the port of the Brisbane, Sydney or even the Fremantle which means that no matter if you are importing the cars from as far as Europe or America or as near as NZ, it can be shipped.

How much time does it take?

The time that it takes for a car to reach the country depends on from where it has been shipped. Since the European and American countries are far off therefore, the import usually takes 50 to 80 days but for the New Zealand it takes 10 to 30 days. Click here for more info on importing a car from NZ to Australia.

How does the vehicle get approved?

You must know that you cannot import the car or any kind of the automobile to the Australia unless and until you are resident in the Australia and even if you are planning to live there for some years. You could apply for this approval before you can move as well so that the process gets quick. Although there are around five categories of the imports of cars to Australia but the most common category is the imports of the personal car. The interesting thing is that before the cars could be approved to enter the country these are tested for the quarantine by the country department of the Agriculture and due to the strict quarantine rules, almost 80 percent of the cars are rejected since these fail quarantine. Therefore, make sure that the vehicle is cleaned before it is shipped.